Twistedmind is Andrew Price , a 49 yr old photographer from Stoke On Trent .

Images taken by Twistedmind have been used for advertising companies and charities like Core , Burleigh , Clay College , Brampton Museum and Middleport Pottery .

Twistedmind in the National and European media

Twistedmind images have been used for use in travel magazine’s , on local and national tv news programs and media  , used to help gain various historical and heritage awards throughout the UK and Europe like Europa Nosta Awards .

Image’s have been used to attract tv and film companies into the area and the  BBC to film the hit TV series The Great Pottery Throw Down at  Middleport Pottery . 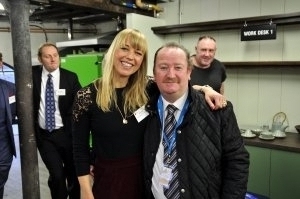 Myself with Great Pottery Throw Down presenter Sara Cox

He has supplied images to the Prince’s Regeneration Trust since 2012 on various projects around the area and also documenting work being carried out on buildings and Princes Trust events throughout Stoke On Trent . Image’s he has taken have helped Middleport Pottery gain heritage award’s both in the UK and over Europe including the prestige Europa Nosta Award 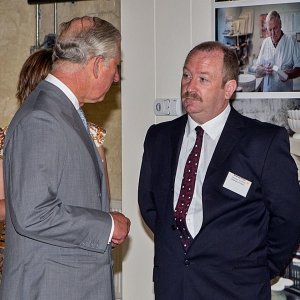 Myself meeting Prince Charles in 2014 at the opening of Middleport Pottery . He was kept on top of the work being carried out by my images both here and at various other projects being undertaken in the Stoke On Trent area 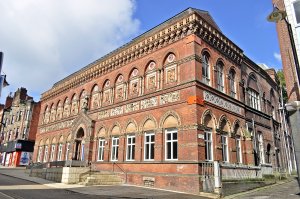 Grade 2 listed Wedgwood Institute in Burslem . The building was on the at risk register until the Regeneration Trust spent a first phase of 1 million on making it water tight . I covered the first phase of the work carried out and hope to be involved in recording the second phase of work now its back in the hands of the local council to continue the work on making it a enterprize centre 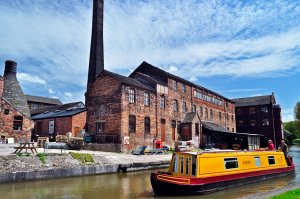 Middleport Pottery . Built in 1889 for the Burleigh brand it was designed to be a model pottery in terms of getting the items made from the canal boats bringing the clay which is converted into slip to a finished bowl or plate etc and back onto the canal and into shops to sell . Its still producing in the same Victorian ways it has always done . The Regeneration Trust spent 9 million on making the building fit for purpose in today’s market whilst not loosing and impacting on how it looks and feels inside. I spent almost 3 years recording and documenting the work carried out before it opened its popular visitor centre and museum as well as its unused space which was regenerated to modern standards and now house everything from makers of wooden furniture to a college for potters to learn their art . I am now a volunteer on Fridays in the museum